As health providers struggle to curb the epidemic of opioid abuse, researchers at the University of Colorado Anschutz Medical Campus and the University of Massachusetts Medical School have found that 65 percent of emergency department (ED) physicians surveyed underestimated how often they prescribed the highly addictive pain killers to patients.

Those rates dropped after they saw their actual data.

The year-long study, published this month in the journal Academic Emergency Medicine, focused on how doctors perceive themselves relative to their peers when it comes to prescribing opioids. Most felt they were restrained, but the results showed otherwise. 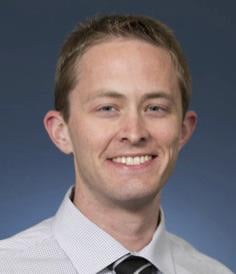 Dr. Sean Michael, assistant professor of emergency medicine and author of the study.

“We surveyed 109 emergency medicine providers at four different hospital EDs,” said study author Sean Michael, MD, MBA, assistant professor of emergency medicine at the University of Colorado School of Medicine. “We asked them to report their perceived opioid prescribing rates compared to their peers. Then we showed them where they actually were on that spectrum.”

Some 65 percent of those surveyed prescribed more opioids that they thought they did. Michael and his team found participants discharged 119,428 patients and wrote 75,203 prescriptions, of which 15,124 (or about 20 percent) were for opioids over the course of the 12-month study.

The researchers then monitored the doctors after they were shown their actual prescription rates.

The study likened the physicians’ initial self-perceptions to the majority of drivers feeling they are above average – a statistical impossibility.

“Thus an intervention to identify and unmask inaccurate self-perception – and correct that perception using a provider’s actual data – appears to have enabled more robust behavior change for a subset of providers who may have otherwise had difficulty internalizing the need to change,” the study said.

The researchers believe the shock many felt upon seeing the reality of their actions versus their perceptions primed them to change their behavior.

Michael pointed out that this problem extends beyond emergency departments. In fact, only about 5-10 percent of all opioid prescriptions are generated by ED physicians.

“Despite making progress on the opioid epidemic, we can’t assume providers are behaving optimally and have all the information they need to do what we are asking of them,” Michael said. “Most believe they are doing the right thing, but we need to directly address this thinking to be sure they are not part of the problem.”

The other authors include Kavita Babu, MD, Christopher Androski Jr., MS, and Martin Reznek, MD, MBA, all from the University of Massachusetts Medical School, Worcester, MA.